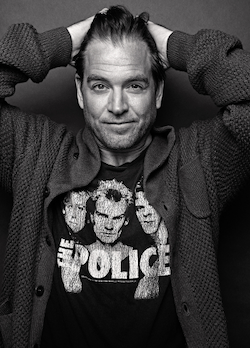 Michael Weatherly
is an actor, director, producer, and musician.

An award-winning actor, Michael is perhaps best known for his television roles, but his talents extend beyond acting. Michael has directed for both film and television, as well as established his own production company, Solar Drive Productions. He is an accomplished musician who, in addition to singing, plays multiple instruments.

Michael Weatherly is a devoted philanthropist, dedicating time and resources to Children's Hospital Los Angeles, the Environmental Working Group, and the Tryall Fund.